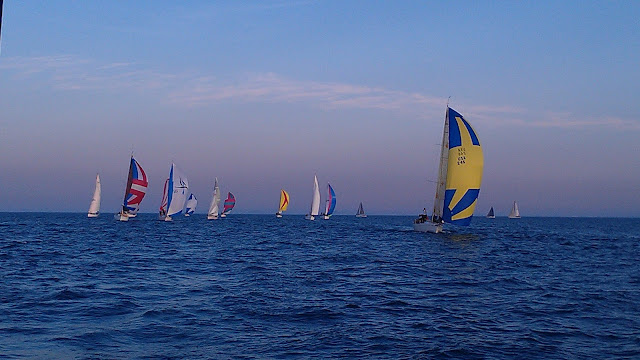 Talk about a lovely day on the water!

Except for the wind shutting off. But at least we made up for that but finishing. I think that was the name of the game Wednesday night; being far enough ahead to finish the race. And we were not ahead by any stretch of the imagination.

We gave up quite a bit of lake to Paradigm Shift at the starting line, and we would not get that back until we were bobbing around at the mark, trying to make the turn for home. Of course, since they were slightly ahead, they were able to pick up that little wind shift and disappear on us. Awesome.

But it was a lovely sail, we had a great time, got some newer peeps out on the water, and started breaking off the rust.